There are other tax deadlines, including the automatic 2 month extension (from April 15 to June 15). This applies to Americans outside the country on April 15. It might be tempting to plan an annual overseas jaunt right at April 15th. 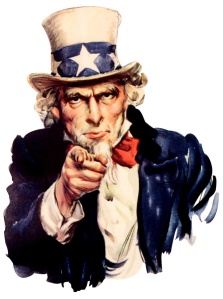 And many people think Tax Day is that magical day every year when statistics show that you transition from working for the government to actually starting to work for yourself. According to the Tax Foundation, this year Tax Freedom Day 2014 was April 21, three days later than in 2013. In 2014, Americans will pay $3.0 trillion in federal taxes and $1.5 trillion in state taxes, for a total tax bill of $4.5 trillion, or 30.2 percent of income.
This year, Tax Freedom Day was April 21, 111 days into the year.

1. FBARS, also known as FinCEN Form 114 are due. These are annual bank account reporting forms required if you have over $10,000 in foreign accounts any time during the year. They have been in the law since 1970, but were largely ignored for years. In 2009, they emerged as key documents in the IRS battle for offshore accounts. Failing to file FBARs draws higher civil penalties and more severe criminal penalties than failing to file taxes or tax evasion. A key illustration was the case of Mr. Carl R. Zwerner, who had to pay 150% of the value of his Swiss account.

2. June 30 is also the last day to file under the 2012 OVDP, the Offshore Voluntary Disclosure Program. If you miss it, there’s also the 2014 OVDP coming into effect right on its heels July 1st. Yet the new program is somewhat more rigorous. For example, although the main offshore account penalty remains at 27.5% of the highest aggregate account balance, you have to pay it sooner. Under the 2012 OVDP, the penalty is due at the end of the case, when you sign your closing agreement. Under the 2014 OVDP, you must pay the penalty months earlier when you send in your returns. Interest wasn’t payable on that amount under the 2012 OVDP, so the delay—which could be a year or more—was nice.

3. June 30 is the big FATCA rollout. It’s the day when overseas institutions and governments start turning in American account holders. The handover comes in two ways, either to the IRS directly or to their own governments, which in turn relay the information to the US Treasury, which in turn relays it to the IRS. It’s an attenuated process, and the stakes are high. Get ready.

4. June 30 is the last day you can send off your 2012 OVDP application and have it segue into a transitional relief Streamlined submission. This one requires some explanation. June 30 is the end of the 2012 OVDP, but it’s clear the 2012 OVDP will be around for more than the next year. After all, cases in the 2012 OVDP have to work their way through the IRS system.

Alternatively, you could enter the Streamlined program. But if you want to have the protection of the OVDP and the chance to switch to the lower- cost Streamlined program, you need to be in the 2012 OVDP. That means acting by July 1. Plus, joining the 2012 OVDP for this purpose isn’t just a pre-clearance. It means by July 1, 2014, mailing to the IRS Criminal Investigation your voluntary disclosure letter and attachments as described in OVDP FAQ 24. Just making a request for OVDP pre-clearance before July 1, 2014 is not enough.