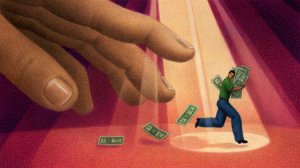 Globally aware and sophisticated Americans may well wish to invest into non US markets to benefit from emerging markets or more traditionally based strategies giving, potentially, higher levels of return and a more balanced and risk equalised portfolio. This is where the concept of a Passive Foreign Investment Company (“PFIC”) come into consideration.

A non-US fund can elect to provide the IRS detailed information such that the US investors can treat the investment return as currently taxable in the US, however most non US funds are not willing to take on this additional compliance and reporting burden so around 95% of all non US mutual funds are classified as a PFIC.

The exact taxing profile of investments made into a PFIC are highly complex and often the cost of merely filing these investments can outweigh the investment return. It is imperative that advice is taken from a competent US attorney if you believe you have any PFIC investments – however to give a very simple overview, every individual investment made into a PFIC should be reported on a separate form to the IRS (Form 8621) which shows the amount of the investment return and the length of time that the asset has been held. Irrespective of whether the return is classified as income or capital gain, the return will be taxed as income, often at the highest marginal rates, broken down on a proportionate basis over the total number of years during which the asset was held. An additional interest charge is also levied to compensate the US Government for the perceived impermissible deferral of tax payments.

It is also worth noting that the IRS have the ability to ‘look through’ traditional investment schemes and trusts that have US participants. Trusts should be fully reported to the IRS as a matter of general compliance (Forms 3520 and 3520-a) and the US will seek to tax the underlying beneficiary as if they were holding the investments personally. Therefore most of these arrangements offer no protection from PFIC charges what so ever.

As the US supports an equalized tax system whereby residents and non residents are treated alike, PFIC charges also apply to US physical residents too. So returning to the US with these investments does not solve the issue!

Under FATCA, certain U.S. taxpayers holding financial assets outside the United States must report those assets to the IRS, generally using Form 8938, Statement of Specified Foreign Financial Assets. The Form 8938 must be attached to the taxpayer’s annual tax return.

The IRS anticipates issuing regulations that will require a domestic entity to file Form 8938 if the entity is formed or used to hold specified foreign financial assets and the assets exceeds the appropriate reporting threshold. Until the IRS issues such regulations, only individuals must file Form 8938. For more information about domestic entity filing,
see Notice 2013-10. Page Last Reviewed or Updated: 04-Mar-2013

Under FATCA, U.S. taxpayers with specified foreign financial assets that exceed certain thresholds must report those assets to the IRS. This reporting will be made on Form 8938, which taxpayers attach to their federal income tax return, starting this tax filing season.

In addition, FATCA will require foreign financial institutions to report directly to the IRS information about financial accounts held by U.S. taxpayers, or held by foreign entities in which U.S. taxpayers hold a substantial ownership interest.

Comparison of Form 8938 and FBAR Requirements

The new Form 8938 filing requirement does not replace or otherwise affect a taxpayer’s obligation to file Form TD F 90-22.1 (Report of Foreign Bank and Financial Accounts). Individuals must file each form for which they meet the relevant reporting threshold.

Like Loading...
This view of your site was created for easy annotation. To view your staging site please visit: https://adrian-2307680.app.twentyoverten.com
To make edits to your site's copy please use the Google Doc link that was emailed to you.